‘We were the little people, / those were our lives,’ Maxine Scates writes in this collection of poems about family violence, alcoholism, silence and denial in the working class lives of Toluca Street.  Most of these poems take place in a post-war housing tract in Los Angeles. In Scates’ hunger to document ‘what happened before (her),’ she beautifully and tenderly evokes the poised longing for something better in the daily contextual tragedies of families living through one after another of our country’s wars.  Maxine Scates’ Toluca Street is unflinching in its clear-sighted political awareness and generous in its scope and forgiveness for personal harm.  I admire enormously both the ambition and the achievement of this book.

Maxine Scates’ Toluca Street begins with her memories of a childhood in working class Los Angeles and, as the author struggles both to pay tribute to her past and to free herself from the strictures it places upon her, evolves into an exploration of the subject of memory itself.  In finely wrought narratives that move from Los Angeles to Europe to the Pacific Northwest, from the waking world to the world of dreams and death, we see the paradoxical faces of memory:  it is a refuge and a prison, a tool for self-knowledge and a tool for self-deception, a fixed record and a shifting dreamscape.  Toluca Street is rich in time past and passing and full of the fine turns of phrase and thought of a most careful craftsperson.

‘We were the little people / those were our lives,’ writes Scates in her first collection.  Poem after poem specifies those ‘little’ lives: characters face the Depression, war, suicide, alcoholism, madness, love. ‘I have mourned the past / its elegies / its endings,’ the poet declares, but meanwhile, the future ‘has begun to open / on its terrifying form / and it comes in bending and preparation / in cleansing and small change / in every detail that mocks emptiness.’  These are not idle words; focusing on a childhood only half understood, the poet seeks rigorous self-exploration.  Scates’ unwavering intensity spares no terrifying, intimate particular.

Toluca Street begins with “The Teacher,” a long poem in memory of Ann Stanford.  It comprises the first of four sections of the book, and operates as a prologue and key into the work’s intent. We see how the speaker, as a young college student in the turbulent late-sixties atmosphere of Vietnam protest and then – Governor Reagan, idolizes her teacher and memorizes her poetry so that she can  ‘. . .take the lines / and scatter them around the woman / who stands in front of the class / because I want to see how each word falls into a life.’

And while Scates is concerned with bringing her whole family into the light (she writes movingly of conflict between her father and brother, for instance), the most stirring poems are those which portray the women who meant the most to her—her frustrated mother, for example, eager to return to work as a police dispatcher in an era when women were expected to stay home, crocheting a tablecloth she will never use.

The book grows out from this center in a circling of stories: the lives of three generations of a working-class family in Los Angeles before and after World War II, their struggles against the vagaries of hard luck and hard work, housing shortages, bigotry, and shortsightedness—their own as often as not—and what Scates calls ‘a dose of too much hope.’ 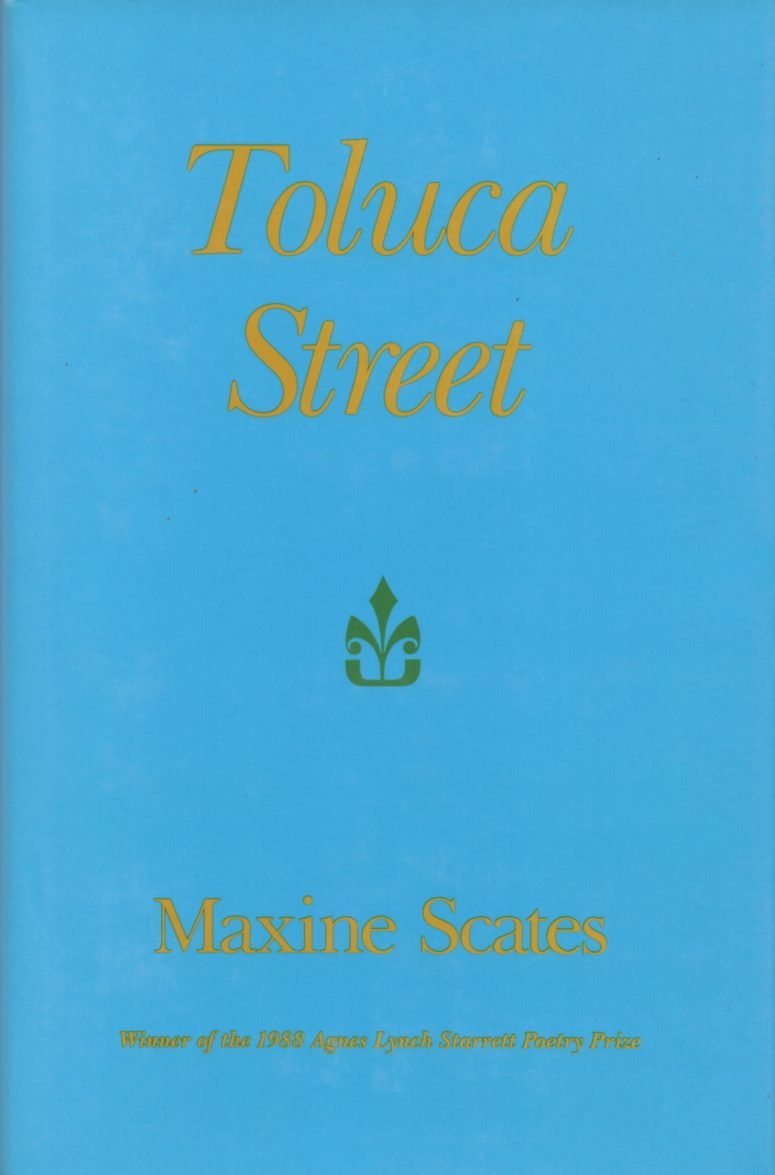