Ann Stanford’s  crystalline poetry is grounded in place and haunted by its erosion.  The orchards of her childhood in southern California are remembered as mythical gardens as she mourns the acceleration of modern life.  Again and again, Stanford absorbs the temporal and recasts it, via her classical imagination, into more indelible, often mythic forms.

When Stanford died in 1987, she was at the apex of a distinguished literary career and it seemed her place in American letters was secure.  Her final manuscript, however, remained unpublished while each of her books slipped out of print.  Through the efforts of poets Maxine Scates and David Trinidad, who provide introductions to this volume, her work is once again available to readers.

The power of these later poems—with their pained contemplations, scarred remembrances and unanswered questions—lies in the power of the maker to imagine worlds, however idealized:  “Say / the flowers on that hillside / are stars / or waves / or tents or ribbons / or bursts of sun / say they’re light / or courage / or remembrance.

The idea that the individual soul—“what I am and that only”—can be likened to a perduring  (liquid) substance recurs even in poems ostensibly about nature; that is, about the outside world.  Certain perceptions of nature are so exactly rendered that they at first seem to stand in opposition to Stanford’s ‘inner states.’ as she herself suggests in “The Design.”  But ultimately, such perceptions mirror her deepest moods, qualms, aspirations. 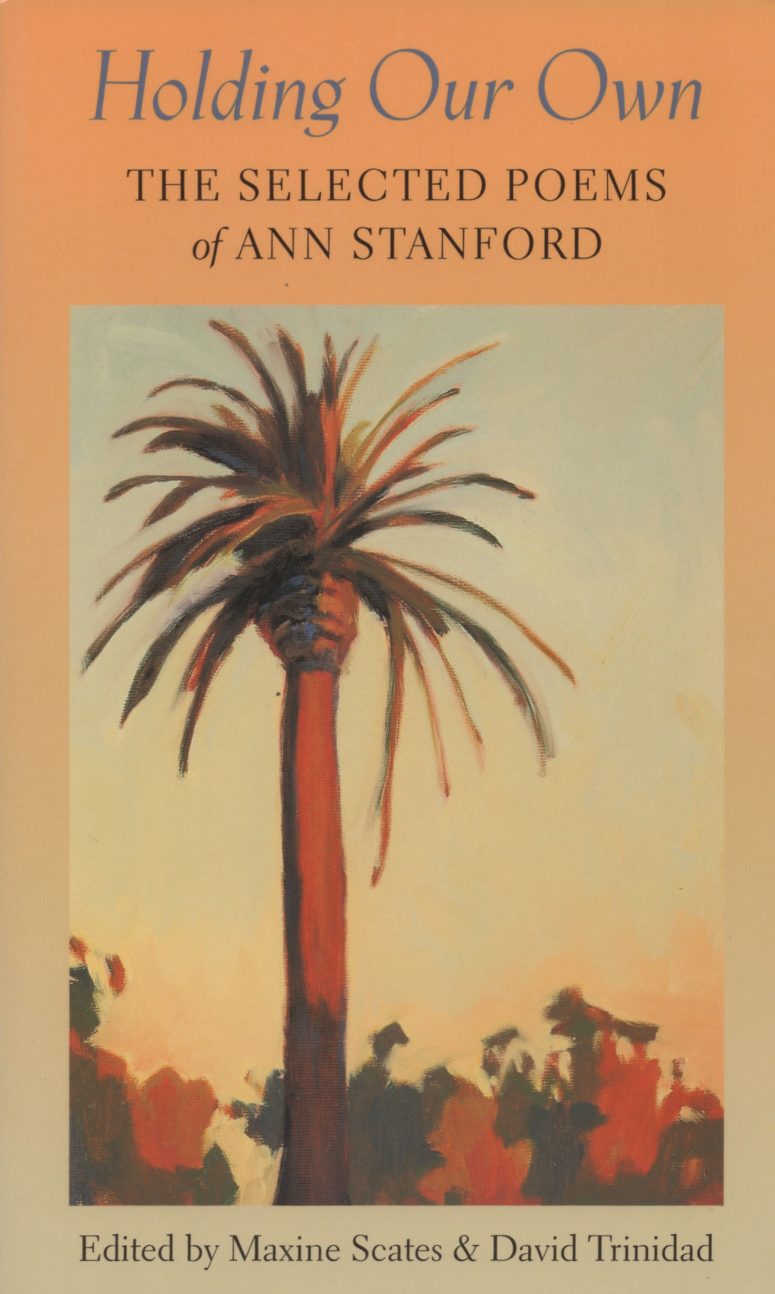